The antennas of Goldstone Deep Space Communications Complex are busy 24 hours a day bringing in data from missions to planets such as Mercury, Mars, and Saturn; as well as moons, comets, asteroids and even missions as far away as the edge of our solar system. These sensitive antennas are capable of retrieving signals as small as 1 billionth of 1 billionth of 1 watt….a mere whisper.

As a spacecraft travels outward from Earth, its signal steadily decreases in power so that when it reaches a DSN antenna from a typical outer planet encounter, it can be extremely low wattage- 20 billion times weaker than the power required for a digital wristwatch. This makes precision pointing of the antenna critical.

The antennas of Goldstone also are used for Solar System Radar (GSSR). Solar system radar is used to image planets, asteroids and comets. This provides scientists with a better understanding of planetary surface characteristics and the shape, speed and trajectory of objects such as asteroids and comets. 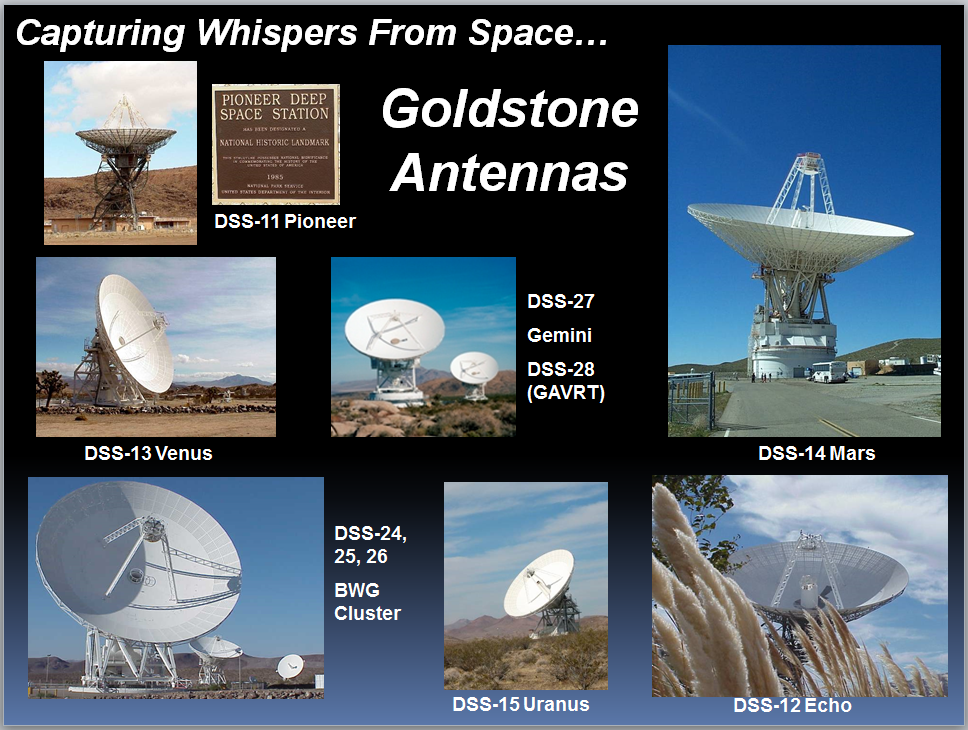 In Radio Astronomy the antennas of Goldstone become radio telescopes to study planets, stars, galaxies, and other astronomical objects using the radio waves they emit. Because radio waves are much longer than light waves, radio astronomy requires large antennas, such as those used by the DSN to communicate with spacecraft.

Very Long Baseline Interferometry (VLBI) is a specialized branch of Radio Astronomy using pairs of telescopes, separated up to many thousands of kilometers, to simultaneously combine their received signals and measure the time differences in the arrival of microwave signals from extragalactic radio sources. The detail (resolution) seen is proportional to the separations between the telescopes. VLBI can create a very detailed image of a distant area of the Universe, or give the instantaneous angular position of a spacecraft on the sky for precision navigation and targeting encounters with planets. 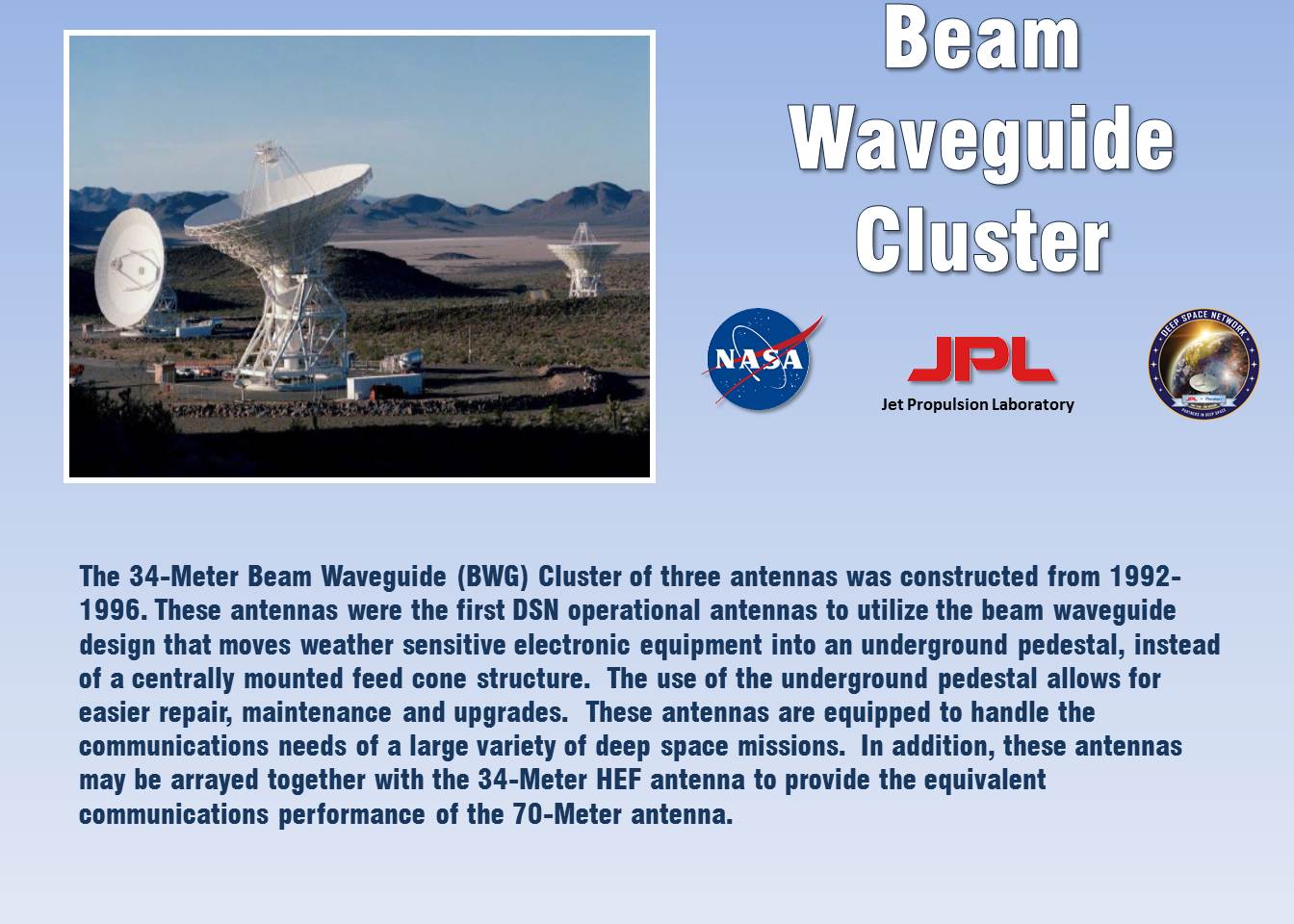 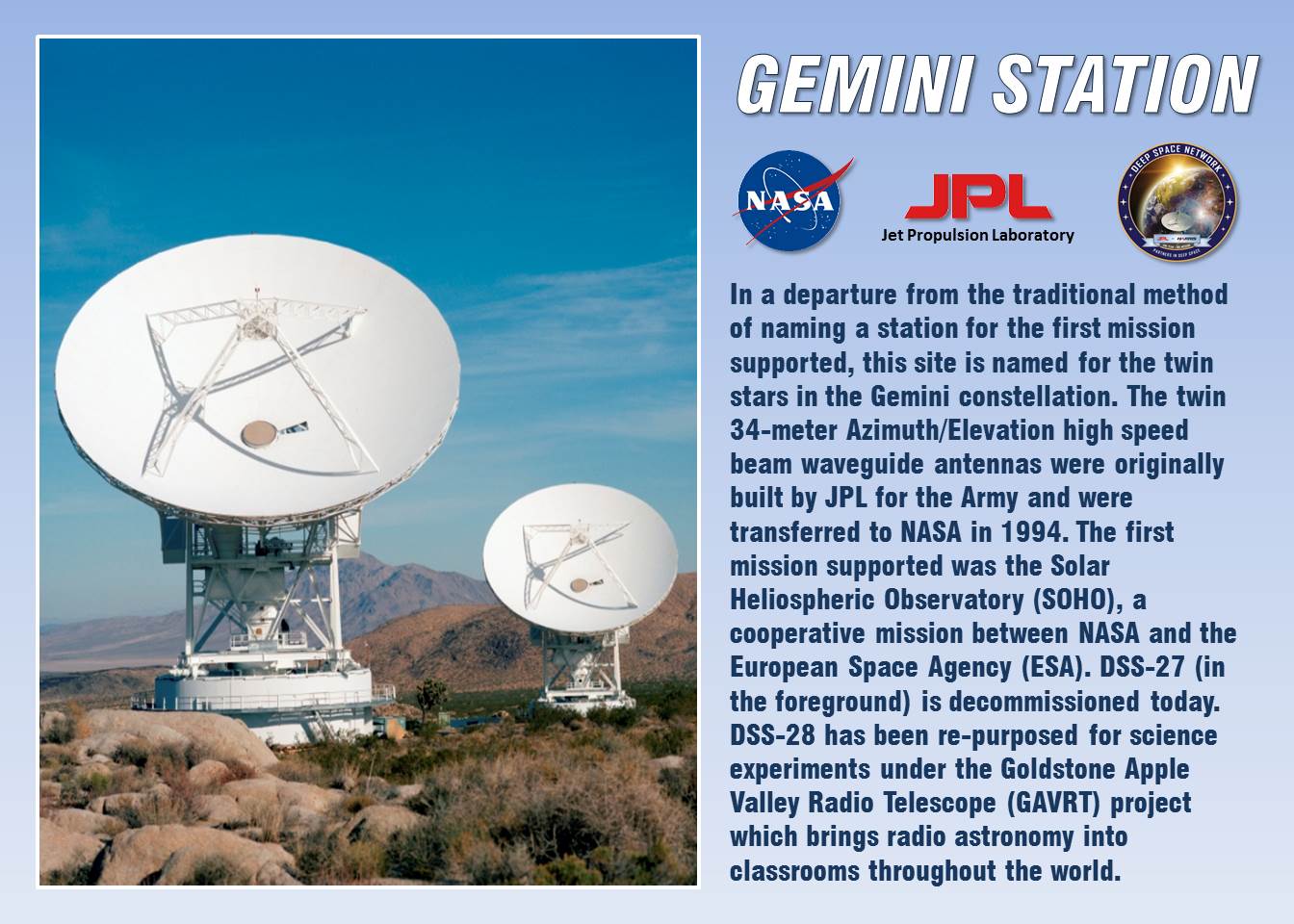 View what all three DSN complexes are currently tracking